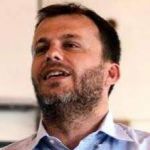 Dr. Periklis Chatzimisios serves as a Professor in the Department of Science and Technology at the International Hellenic University (IHU), Greece. In the past he has served as the Director of the Computing Systems, Security and Networks (CSSN) Research Lab and as the Vice Dean for the Faculty of Science and Technology. He is a Visiting Fellow in the Faculty of Science & Technology, at Bournemouth University, UK. In the past he served as Visiting Professor and Distinguished Researcher in prestigeous Universities like University of Toronto (Canada), Massachusetts Institute of Technology (USA), Beijing University of Posts and Telecommunications (China) and University Pierre and Marie Curie (France).

Dr. Chatzimisios participates as a researcher and scientific officer in many European and national research and development projects. He is/has been involved in several standardization and IEEE Communication Society (ComSoc) activities serving to the IEEE 5G Initiative, the ComSoc Standards Development Board, the ComSoc Standards Program Development Board and the IEEE ComSoc Education Services Board. He is also very active in IEEE activities such as serving as Member of IEEE ComSoc Education & Training Board (2015-today), Chair of the Communication Chapter of the IEEE Greece Section, Chair (Vice-Chair during 2018-2019, Secretary during 2016-2017) of the IEEE ComSoc Technical Committee in Information Infrastructure and Networking (TCIIN), Vice Chair of the Emerging Technical Subcommittee on Big Data (TSCBD), Secretary of the IEEE Technical Committee on Cognitive Networks (TCCN) (during 2012-2014) and being the Founder/Counselor for the IEEE Student Branch of ATEITHE.

For more than 15 years he has been a member and/or Chairman of the Scientific/Steering/Organizing Committee of hundreds of international conferences and Founder/Organizer/Co-Chair for many Workshops which are co-allocated with major IEEE conferences. He was recently appoointed as the Editor-in-Chief of the IEEE Standards E-Magazine (eZine) and he holds editorial board positions for several journals published by IEEE (such as IEEE Network, IEEE Communication Standards Magazine, IEEE Wireless Communication Magazine, IEEE Communications Surveys & Tutorials, IEEE Access, IEEE Communication Letters) and other publishing houses. In the past he was the Director during 2014-2016 (co-Director during 2012-2014) for the E-Letter of the IEEE Technical Committee on Multimedia Communications (MMTC).

He is the author/editor of 8 books and more than 140 peer-reviewed papers and book chapters on the topics of topics of performance evaluation and standardization activities of mobile/wireless communications, Internet of Things, 4th Industrial Revolution, security and vehicular networking. His published research work has received more than 4300 citations (H-index 32) by other researchers. He is regularly invited for talks, tutorials and seminars on topics related to his research interests.

Dr. Chatzimisios received his Ph.D. from Bournemouth University (UK) (2005) and his B.Sc. from Alexander TEI of Thessaloniki (Greece) (2000).

[B.2] A. Iosifidis and P. Chatzimisios, Editors for the Greek Edition of the book: Cory Beard and William Stallings, “Wireless Communication Networks and Systems”, Pearson published by Tziolas Press, 2017.

[C.22] I. Androulidakis, V. Vlachos and P. Chatzimisios, “A Methodology For Testing Battery Deprivation Denial Of Service Attacks In Mobile Phones”, in Proceedings of the International Conference on Information and Digital Technologies (IDT 2015), Zilina, Slovakia, July 2015.

[C.23] A. Laya, L. Alonso, P. Chatzimisios and J. Alonso-Zarate, “Massive Access in the Random Access Channel of LTE for M2M Communications: an Energy Perspective”, in Proceedings of the IEEE Workshop on Smart Communication Protocols and Algorithms (SCPA 2015), co-allocated with the IEEE International Conference on Communications (ICC), London, UK, June 2015.